The UIC is dedicated to spread out accurate and beneficial information concerning umami within Japan
and throughout the rest of the world. 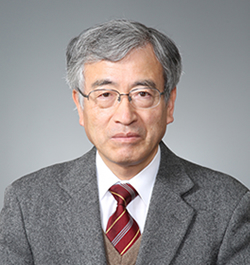 In pursuit of even more flavorful, healthy cooking, chefs the world over are turning their attention to umami.

Once there were thought to be four basic--or primary-- tastes: sweet, sour, salty and bitter. Until that is, Japanese scientist Dr. Kikunae Ikeda noted the presence of another savory taste unexplainable solely by these four. In 1908 Ikeda attributed this fifth taste to the amino acid glutamate found in large quantities in kombu seaweed, and dubbed it “umami.” Then in 1913 Shintaro Kodama found inosinate to be the umami component in dried bonito flakes (katsuobushi), and in 1957, Dr. Akira Kuninaka discovered umami in guanylate, later identifying guanylate as the umami component in dried shiitake mushrooms.

Glutamate, inosinate and guanylate are the three dominant umami substances, and are found not only in kombu and katsuobushi, but other foods as well. Glutamate is a component of vegetables such as tomatoes, and of fermented foods such as cheese, miso or soy sauce. Inosinate is found in meat and fish, and guanylate in dried mushrooms.

Umami substances, though discovered by Japanese scientists, are present in a wide variety of foods found all over the world. It may have been the straightforward umami of Japanese cuisine, unmasked by complex flavors or aromas, that led to umami’s discovery in Japan first.

In 1982, researchers in fields encompassing the physiology of taste, physiology of the oral cavity, nutritional science, and food chemistry established a study group to promote research on umami. International symposiums on the topic of umami were held in Japan and elsewhere, facilitating the exchange of scientific information on umami, including the work of overseas researchers. As a result, umami was internationally recognized as the fifth taste, joining the existing four basic tastes, and in 2002, the presence of umami receptors in the taste buds on the tongue was revealed: further scientific proof cementing umami’s status as a primary taste.

In December 2013 “Washoku, traditional dietary cultures of the Japanese” was accorded Intangible Cultural Heritage status by UNESCO. Japanese cuisine is currently enjoying a burgeoning international profile thanks to the growing awareness of healthy eating choices. One characteristic of Japanese food is the skillful use of umami to create tasty, healthy dishes without animal fats. Umami-- a Japanese word now internationally recognized-- is a key element in palatability or “deliciousness,” and a focus of intense interest among people involved in food, from taste researchers to nutritionists, food journalists and chefs the world over. It is also now receiving extensive exposure in the non-Japanese media, and on the internet.

The Umami Information Center is engaged in a range of promotional and educational activities designed to further understanding of umami. These include organizing lectures and symposiums both in Japan and elsewhere, running websites (Japanese: www.umamiinfo.jp, English: www.umamiinfo.com), and publishing books and leaflets.

We hope this website will help you to learn more about umami.