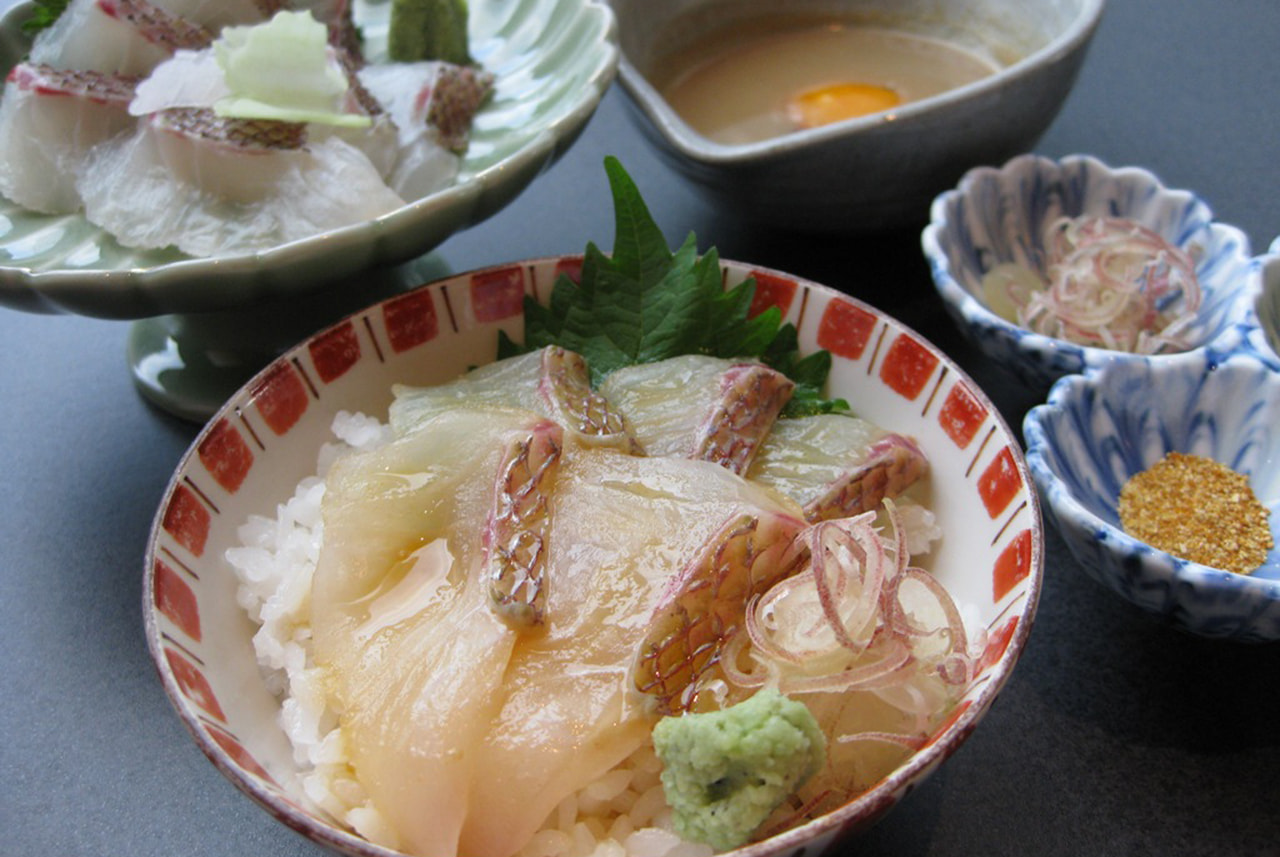 Tai sea bream is harvested from the Uwakai Sea of Ehime. Tai sashimi is presented over a bowl of steaming rice and served with the following on small plates: raw egg, seaweed, sesame seeds, and nori. A special sauce is served on the side that is poured over the bowl. Tai meshi is the local dish of Uwajima island that showcases the super fresh sea bream. It is said that the dish originated by the pirates who ate this dish on the ships. Tai meshi was also a dish that was eaten by fishermen while out at sea. Eventually the dish became popular with locals.

Local restaurants worked together to promote donburi rice bowl meals in a promotion called Donburi Oukoku Uwajima. Oukoku means heaven. Uwajima tai meshi was included in this and through public relations promotions the popularity of the dish spread. Outside of Ehime, tai meshi is the name of a dish where a whole sea bream is cooked with rice in a pot.

Freshly caught sea bream is not so rich in inosinates but it does have a fantastic texture. Along with the umami in the sauce, seaweed, and shredded nori, it is an exciting match to a bowl of white rice.