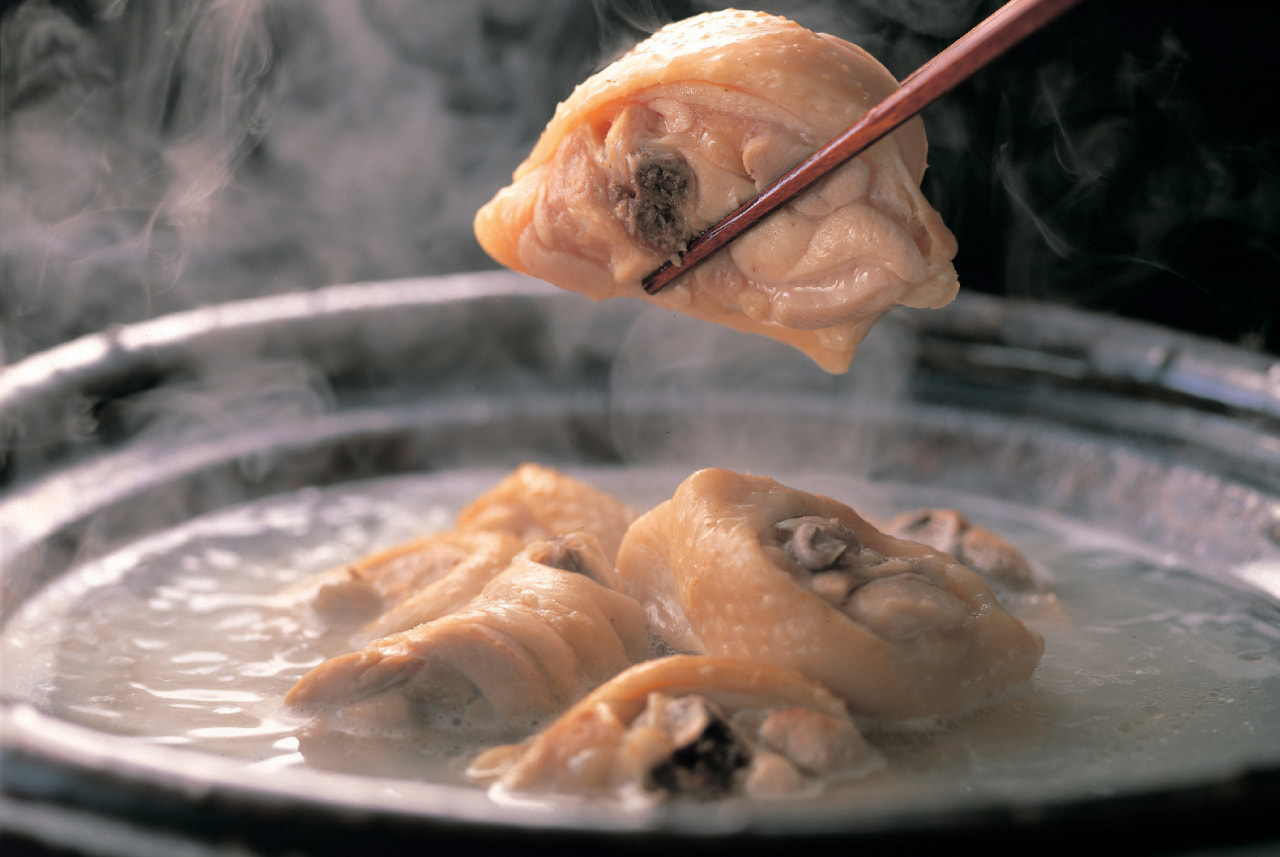 Mizutaki means cooked in water. Mizutaki, a classic local dish of Fukuoka, is chicken and vegetables cooked in a hot pot. The dish is made by cutting up chicken and putting the pieces, complete with skin and bones, in a hot pot with cold water. As the hot pot cooks umami is drawn out from the chicken. Mizutaki is served with a tart and aromatic ponzu dipping sauce. Nowadays some recipes start with a chicken stock instead of water.

During the early Meiji Period (1868-1912) mizutaki was popular in Hakata and it became established as a local dish. Hakata jidori, the local chicken, is known for its deliciousness including umami, koku and texture. The cloudy white soup, rich in umami from the chicken, skin, and bones. Collagen and gelatin contribute to a smooth texture.