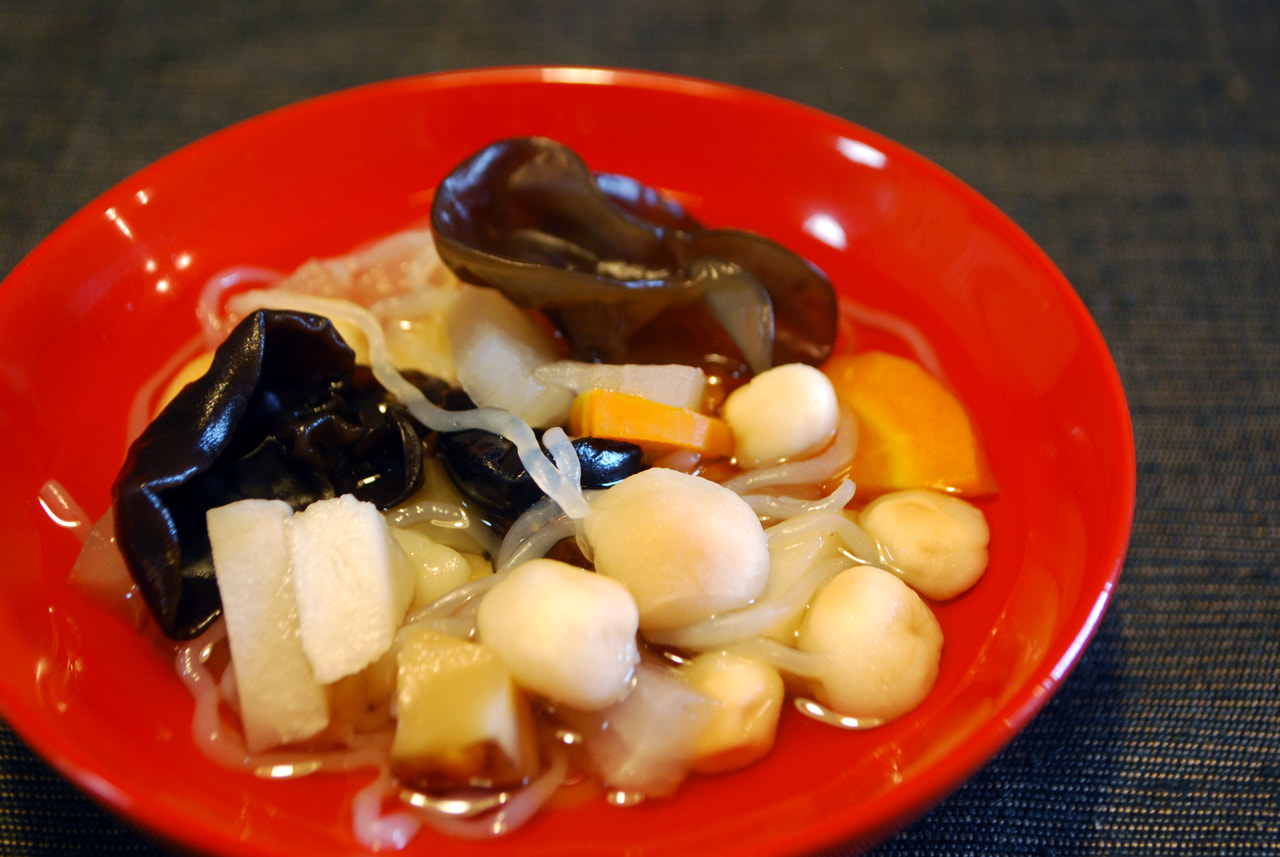 Kozuyu is a colorful soup made from dried scallops reconstituted in dashi, mamefu — small balls of wheat gluten, shiitake, carrots, taro root, wood-ear mushrooms, and konnyaku noodles. The soup is seasoned with soy sauce, salt, and sake making an elegant, lightly seasoned soup. Kozuyu is served in an Aizu lacquer bowl which is a traditional craft of Fukushima. The soup, also called kaitsuyu, started as a celebratory dish served in the Aizu region for special occasions.

Nowadays it’s served on special occasions and included in the New Year’s traditions. Part of the hospitable ritual is encouraging diners to have refills of the soup. Each home has its own recipe which is passed down to daughters-in-law who are taught the recipe to her husband’s home. It’s a good omen to have many ingredients. For good luck an odd number of ingredients will be included. The dried scallops are rich in umami making this an opulent dish that is nutritionally balanced with the many ingredients.