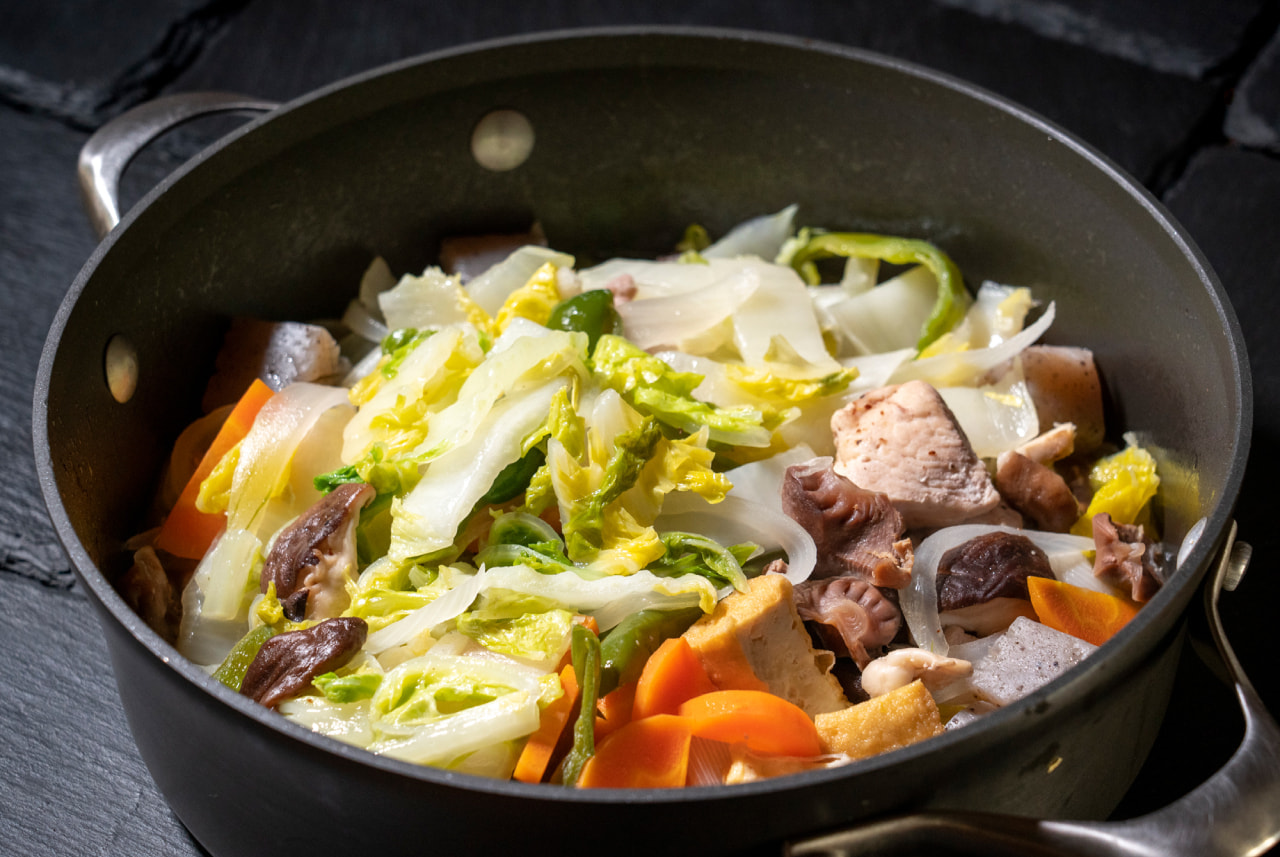 It is believed that bishu nabe hot pot originated in Saijo, a famous sake-brewing district, in the eastern part of Hiroshima. In the past it was called bisho nabe when it started out as a staff meal for the sake brewers. The work of the sake brewers meant that their uniforms were often wet or bishonure. Bisho became a nickname for sake brewers and hence the name for the dish. Working in a sake brewery is a test of one’s strength. The nutritious bishu nabe, which means beautiful sake hot pot, is easy to make. When it was first made it included chicken which at the time was a precious ingredient. The chicken provided protein and the hot pot included vegetables, salt, and pepper. A generous amount of sake is poured into the hot pot and it is heated up. The alcohol evaporates so even children can enjoy bishu nabe.

The bishu nabe is simply seasoned so as not to affect the palate of the sake brewers. It’s common to dip the cooked ingredients into a beaten egg before eating, similar to the traditional way of eating sukiyaki. The sake, chicken, and vegetables make this an enjoyable umami-rich dish. Chicken provides inosinates, vegetables bring glutamates, sake has amino acids to create this hot pot layered with umami.