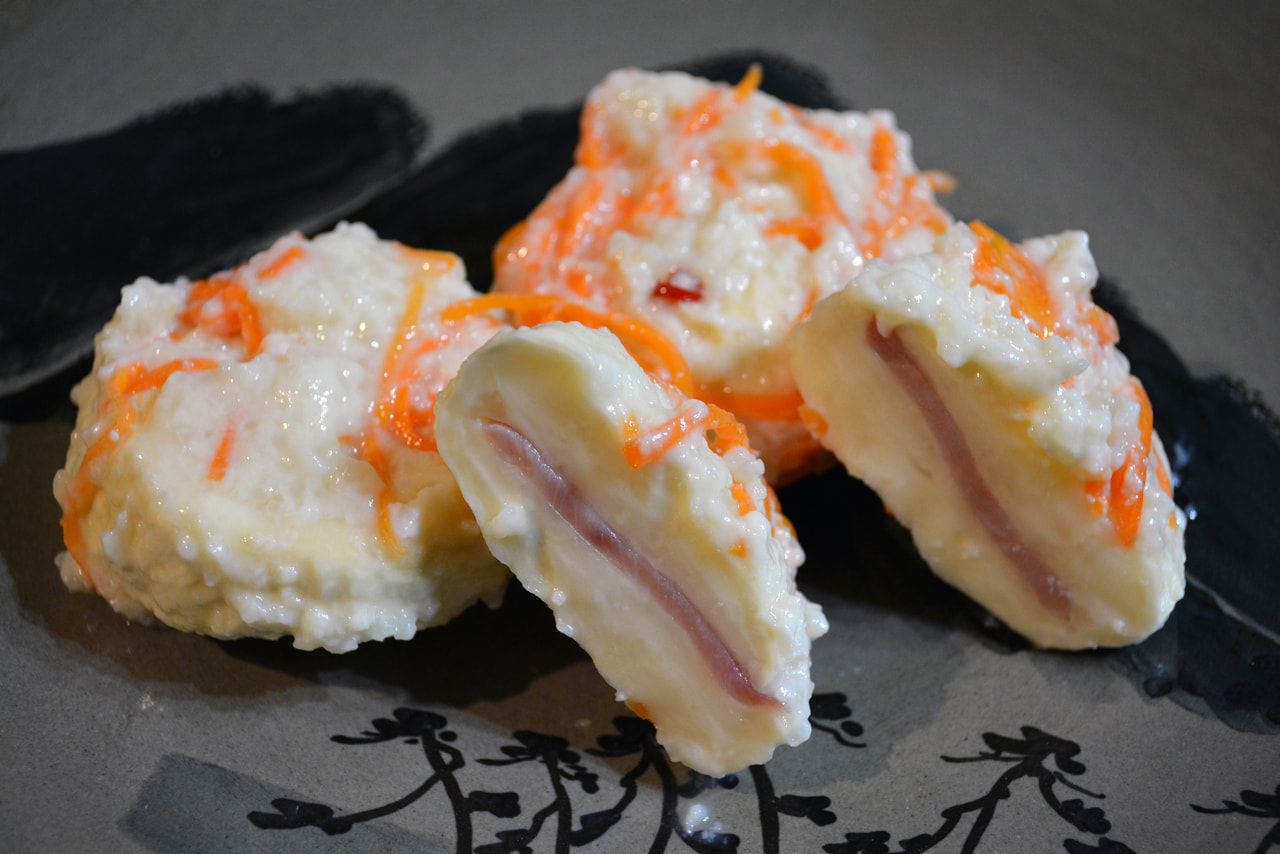 Kanburi, winter yellowtail harvested from the Sea of Japan, is famous for being fatty. The yellowtail is salted and placed in between a slit cut into a winter turnip. The turnip and yellowtail are fermented with koji-mold (aspergillus oryzae) and amazake, a naturally sweet slurry made from koji-mold. This style of sushi is called narezushi and is one of the first types of sushi. Narezushi preceded Edomae sushi that is now popular around the world.

Kaburazushi is made in winter in the cold climate of the Hokuriku region. The cooler winter temperatures slows down the fermentation allowing for the gradual aging of the sushi. Kaburazushi has been recognized as a Kanazawa delicacy since the Edo period (1603-1868). It was common practice in the past to make kaburazushi at home and other fish besides yellowtail can be used such as saba mackerel. Each household has their own recipe which they are proud of and the kaburazushi is between friends.

Kaburazushi is often served on New Year’s Day. Many supermarkets will sell koji-mold and amazake in this season. Neighboring Toyama prefecture also has a culture of eating kaburazushi. As kaburazushi ages the sushi develops a hint of acidity from lactic fermentation. The salted yellowtail has a rich umami. The dish is a balance of salt, acid, and umami. It has a unique lively aroma which is a particular characteristic of fermented dishes.