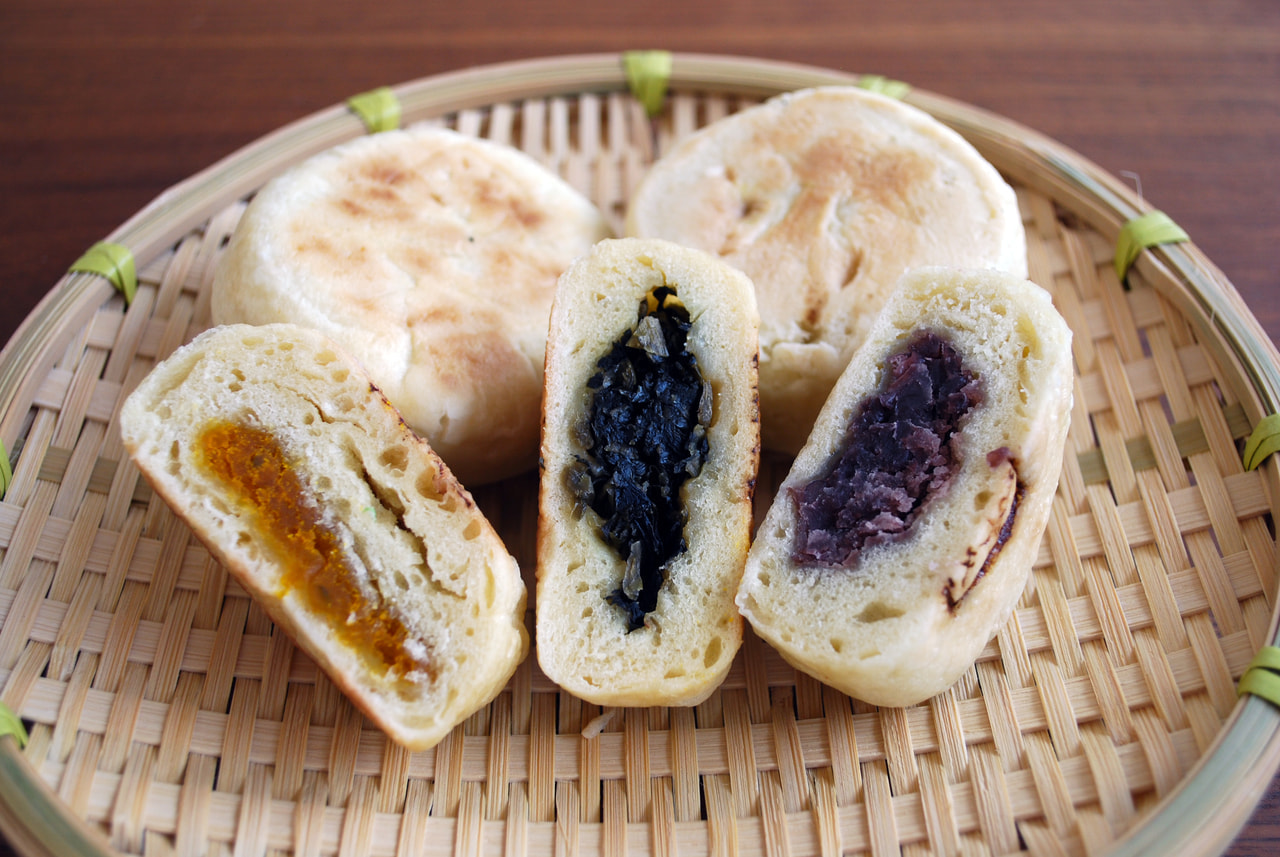 Kankoyaki, a filled dumpling, has been passed down in the Tsukui region of Sagamihara city since the Edo period (1603-1868). Seasonal ingredients such as spring mountain vegetables or autumn mushrooms are wrapped with a flour dumpling and grilled. Kanko is the name of a taiko drum that was used in traditional court music. The shape of the dumpling resembles the drum hence the origin of the name.

Rice cultivation was difficult in the mountainous region of Sagamihara so kankoyaki was often substituted for rice at meals. Kankoyaki has evolved to be made with ingredients that are on hand at home and has become a snack in many homes. Local cooperatives have helped to revive kankoyaki by developing a variety of fillings that are produced and sold. While mountain vegetables and mushrooms are traditional nowadays kankoyaki can include meat, which is popular. Not only grilling but sometimes the kankoyaki is grilled and then steamed. Kankoyaki is now made with a variety of umami-rich fillings.