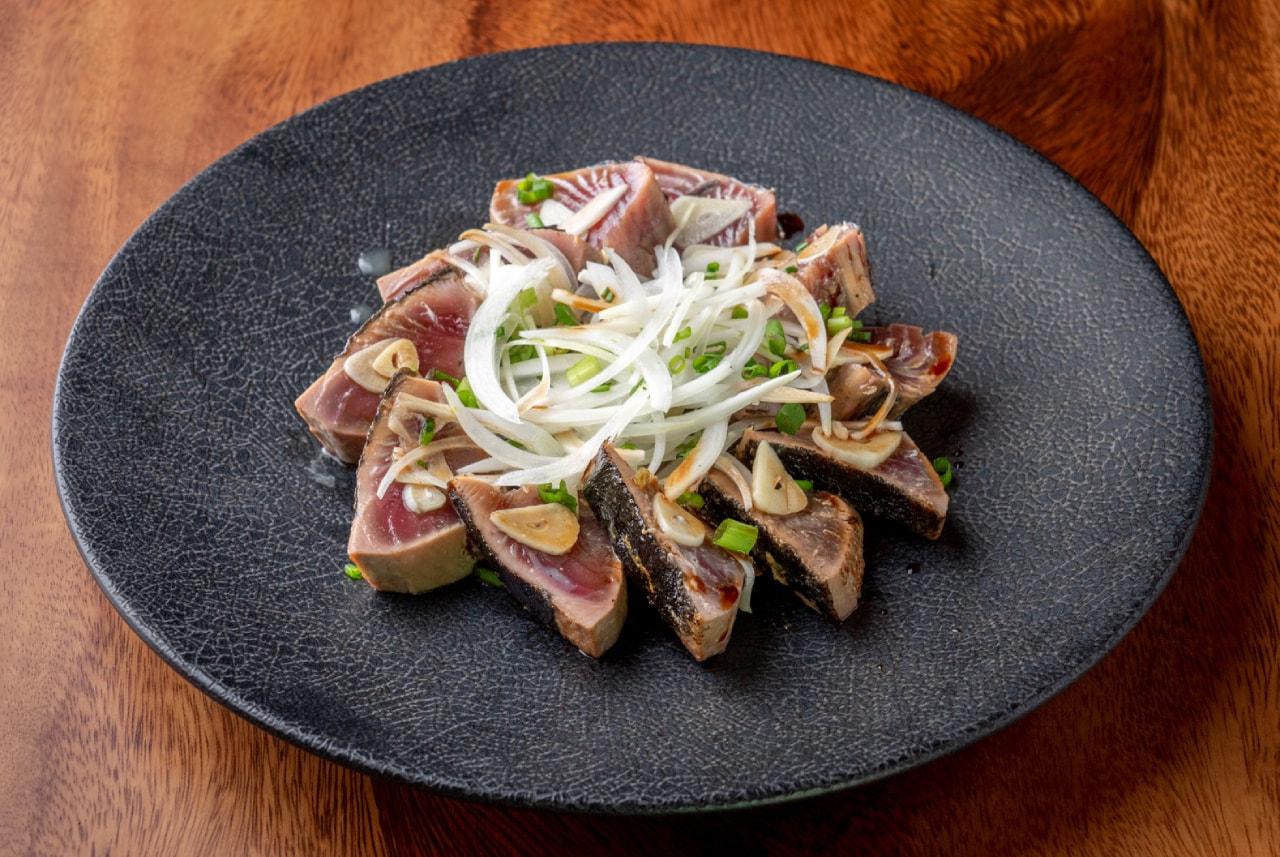 Kochi is famous for its harvest of katsuo, bonito, a meaty fish in the tuna family. Katsuo has two seasons. The meat is lean in spring and in the autumn it is a fatty fish after spending the summer in the north waters. One style of tataki sears the outer flesh leaving the inside raw. In Kochi that searing is traditionally done over flames from burning straw giving a contrast in texture and a characteristic smoky exterior. Katsuo no tataki is what fishermen ate as a staff meal on fishing boats. It is said that the tataki method began before refrigeration and preservation techniques were available. Searing the flesh helps to reduce the fishiness that is associated with katsuo.

Tataku in Japanese means to hit. When cooking adding salt or a sauce to pounded meat will be better absorbed. Katsuo no tataki is now consumed throughout Japan. Within Kochi prefecture the recipe changes slightly in different regions.

Tataki ryouri cuisine in Kochi is a cooking technique also used for moray eels, other seafood, meat, and even vegetables such as shiitake mushrooms and kabocha squash.