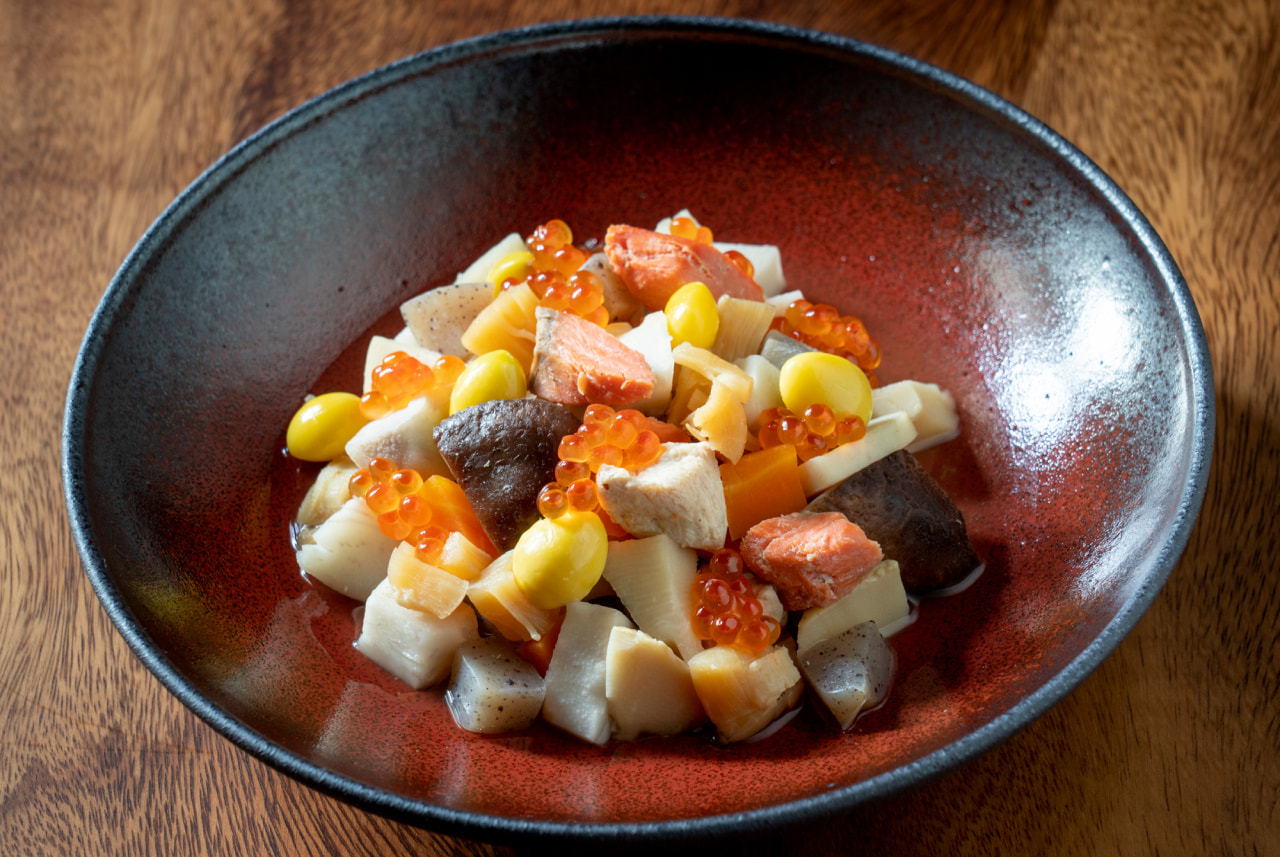 Noppe, a representative local dish of Niigata, is a soup that is found throughout Japan from southern Kyushu to northern Aomori. Each region has its own name for the dish including noppe, noppe jiru, and nuppe. Noppe originated in Niigata and is an integral part of events and special occasions when people gather.

Traditional Niigata noppe is based on taro root and root vegetables. Many ingredients are included to make it a colorful and nutritious soup. Taro root and kudzu starch gives noppe its characteristic thickness. The soup is known for being lightly seasoned. Different dashi can be used for making noppe but the standard is dried shiitake and dried scallops. In the northern part of Niigata salmon fillets is used along with ikura salmon roe. Noppe is a colorful and bountiful dish which feels festive and is included for special occasions. It is customary to eat noppe during the New Year holidays.

Dried ingredients such as shiitake and scallops are touted for its concentrated umami for making dashi. A technique to preserve the umami in the dried ingredients when making dashi is to reconstitute slowly in water at room temperature or in the refrigerator.