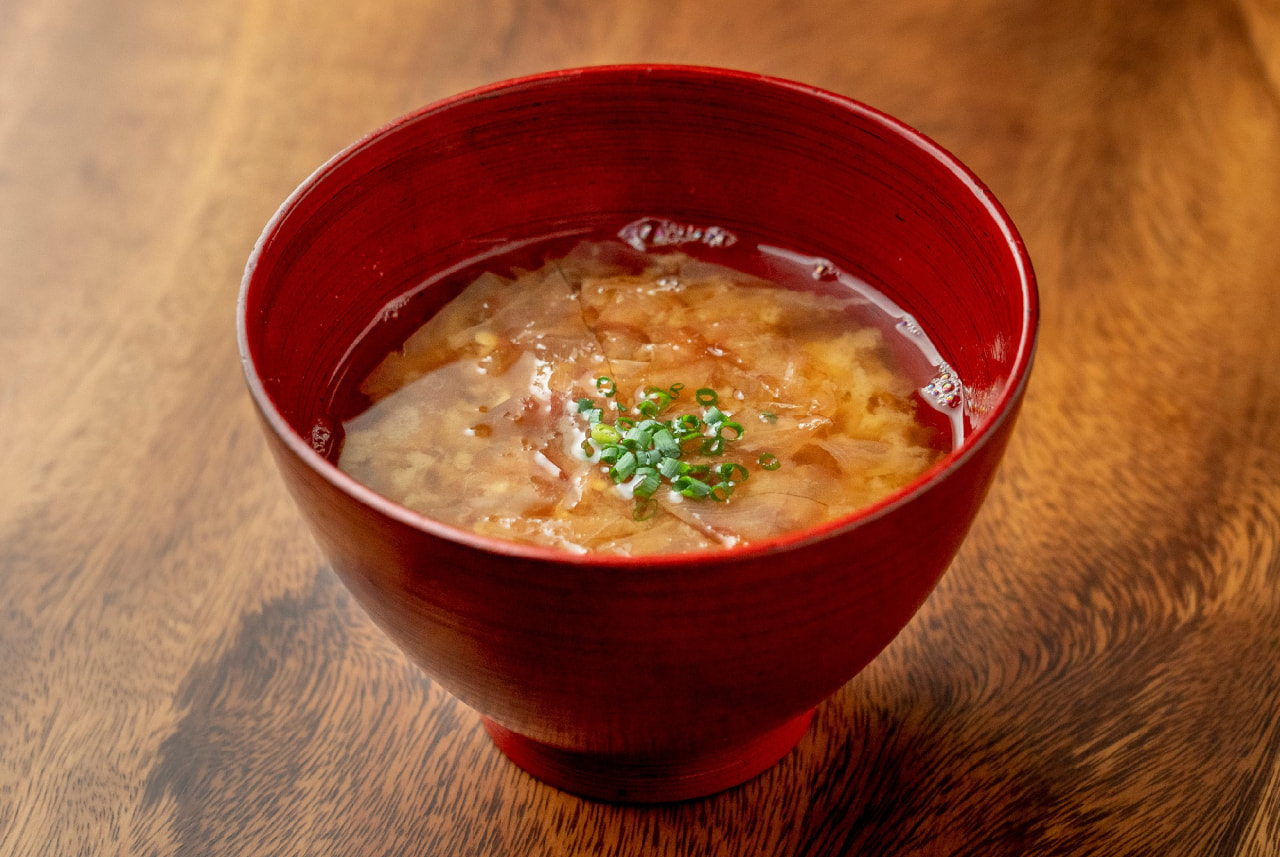 Kachuuyu is a soup that is loved by many in Okinawa and dates back to the Ryukyu Kingdom (1429-1879). Based on katsuobushi, smoked bonito flakes, and miso and any ingredients one prefers, such as seaweed, green onions, or tofu, are put into a bowl with hot water. Kachuuyu is an easy soup to assemble. The katsuobushi and miso base to which a variety of ingredients such as umeboshi, natto, ginger, sesame, an egg, or garlic can be added offers many variations. The smoky aroma of the katsuobushi and the impact of natural umami makes kachuuyu an addictive flavor. It is a rustic miso soup as the katsuobushi is not strained out as in traditional miso soups. Kachuuyu is believed to help nourish the body when one has a cold or is recovering from a hangover.

Okinawans consume four times more katsuobushi than the national average. Okinawa is the crossroads of many food cultures. Food from China and southern Japan contribute to the local cuisine of Okinawa, including yakuzen cuisine, based on traditional Chinese medicine. In particular, katsuobushi was an important ingredient, and was imported from the Maldives since the 15th century.

The Ryukyu palace yakuzen cuisine is based on using katsuobushi, rich in natural umami, and as a result dishes can be made with less salt. In the local dialect ajikuutaa means deep flavor with rich umami of katsuobushi or pork.

The inosinates from the katsuobushi and glutamates from miso have a synergistic effect. The umami-rich soup helps the body’s absorption in the digestion system. Kachuuyu is an umami-rich soup that is easy to make and has health benefits.