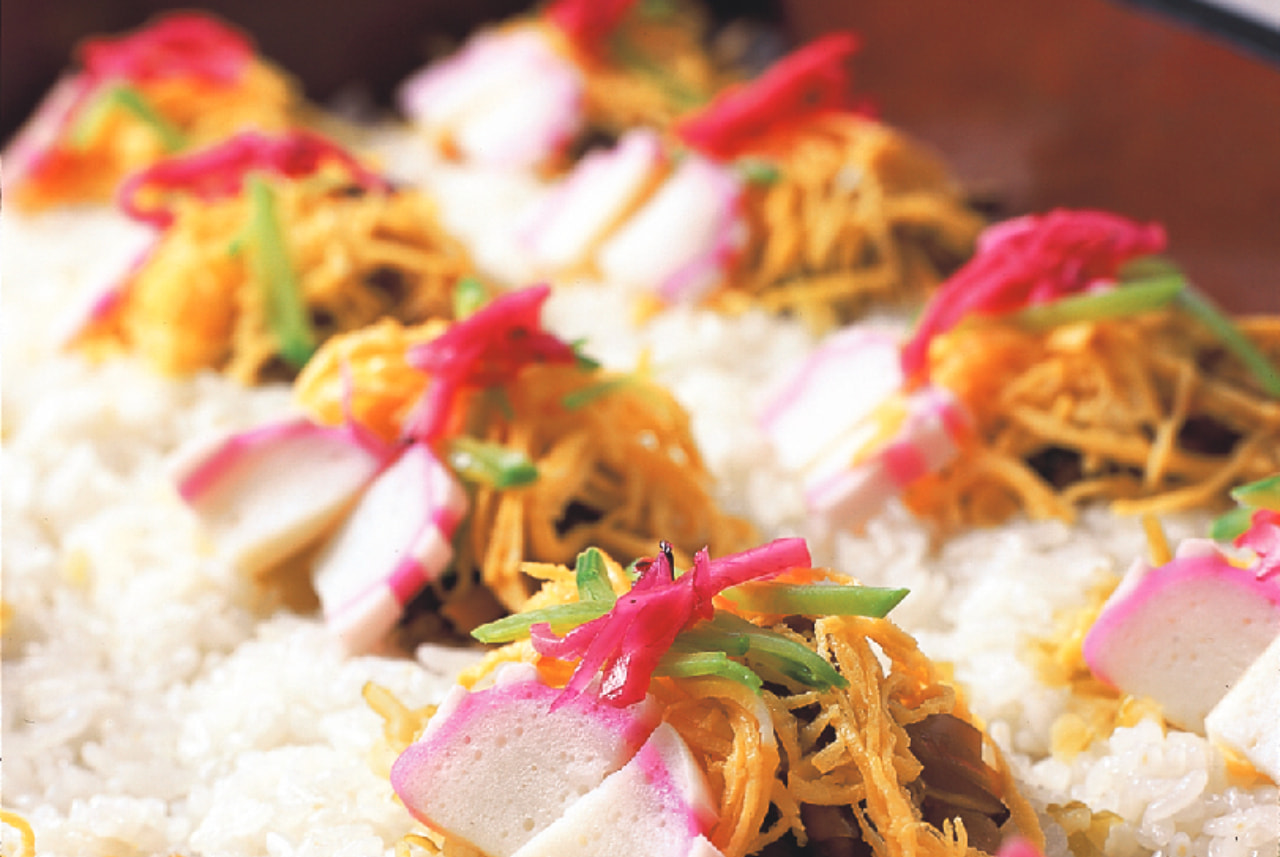 Sukozushi is a traditional sushi made with with rice from Shiorishi, fresh seafood from the Ariake Sea, and minced vegetables placed over rice. Rice is placed into a large wooden box, about 30 x 40 cm or bigger, called murofuta. The rice in the murofuta is marked into 10 cm squares and each square is topped with sushi toppings. Each square becomes a serving. It’s a colorful and festive dish. Unique to Sukozushi is mutsugoro mudskippers that has been grilled with a kabayaki sweet soy sauce.

Sukozushi is served at festivals and special occasions in the village of Suko in the Shiorishi region. The dish originated in the Edo period (1603-1868) when Sukozushi was presented to the feudal lords as an offering by the citizens. It has now become a part of the local cuisine which has been passed down for 500 years. During this same period a similar style of sushi, Omurazushi, became popular in Nagasaki.

Long ago mutsugoro mudskippers were a valuable source of protein. The grilled fish with the sweet kabayaki soy sauce served with fresh seafood, minced vegetables, and vinegared rice is an umami-rich dish and a satisfying combination.