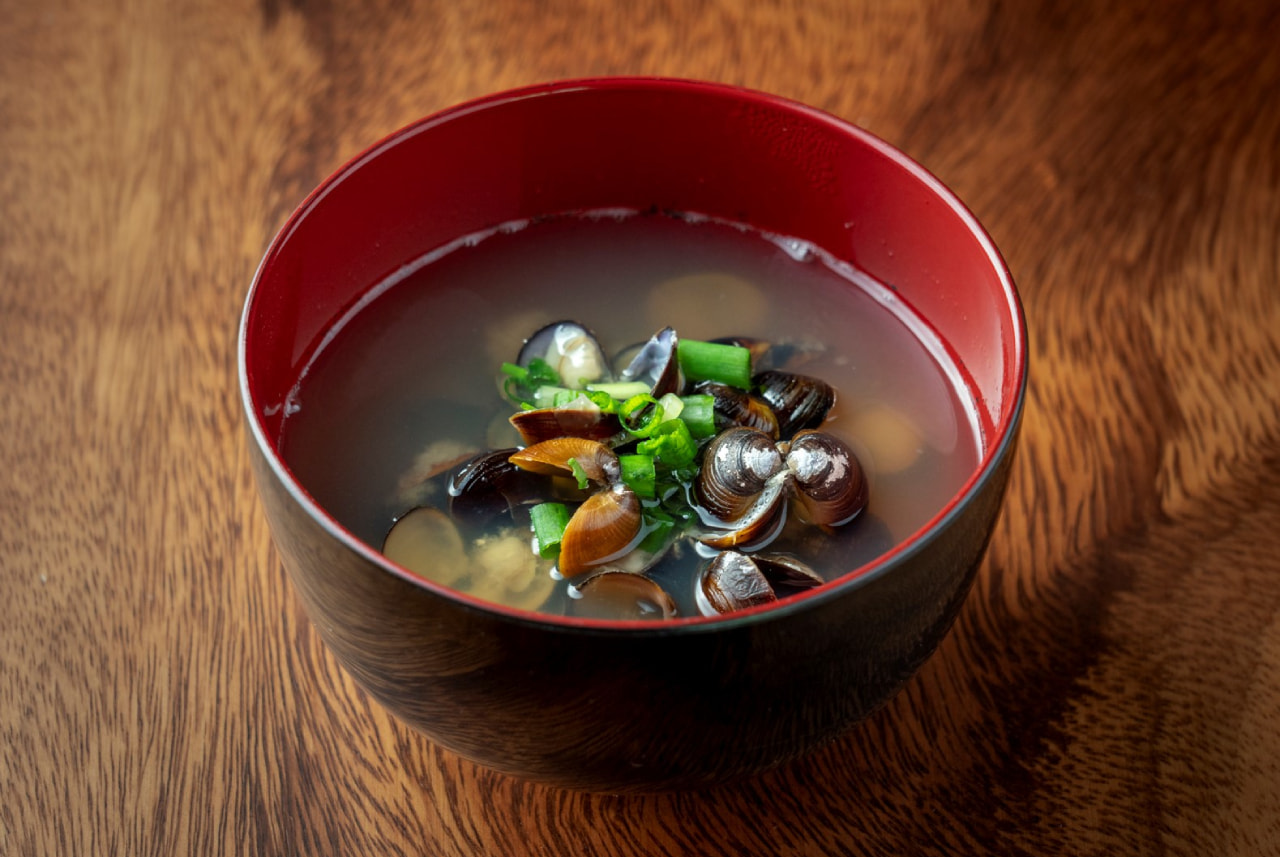 Shijimi jiru is a soup with small shijimi clams. On the east side of Shimane the Hiikawa river is a tributary into Lake Shinji, the seventh largest brackish water lake in Japan. Shijimi corbicula clams (Corbicula japonica) harvested here are known as Yamato shijimi is noted for its large size. Lake Shinji is one of the top production areas for shijimi clams. The shijimi clams are part of the Shinjiko Shicchin, the seven delicacies of Lake Shinji, which also includes unagi and moroge shrimp. In the Izumo district shijimi jiru has become a part of the daily diet.

Long ago the harvests were so bountiful that shijimi clams were sold by street vendors, often elderly ladies, who would pull a cart filled with shijimi through the streets to sell to customers. As natto was sold in Tokyo or tofu sold in Kyoto. The carts selling shijimi were a common site in mornings around Lake Shinji.

While eaten year-round shijimi in midsummer are particularly delicious as the meat is plump and the clams are big. The clams this time of year are called Doyou shijimi and have a treasured puri puri texture, that give a bit of resistance. The clams are also rich in nutrition and believed to fight summer fatigue.