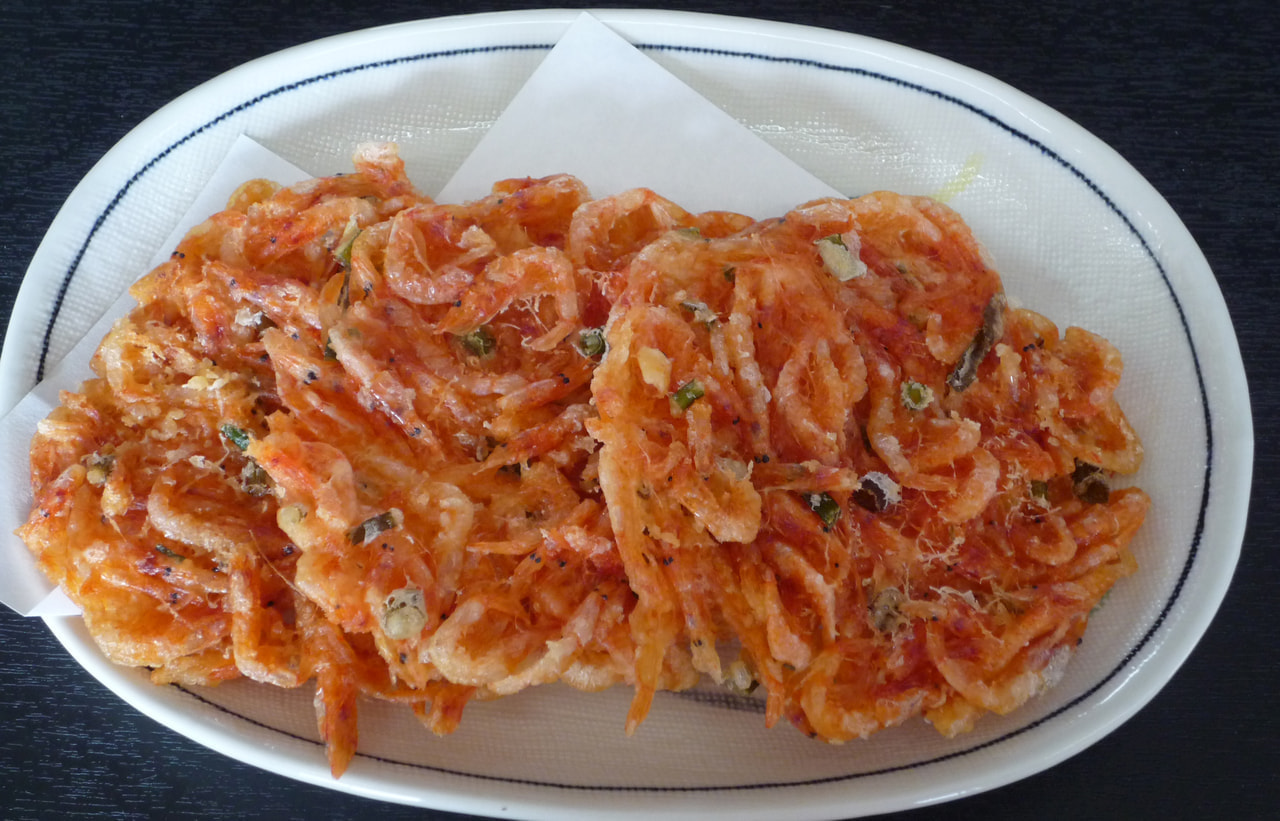 Raw sakura ebi, a small red shrimp, and minced green onions are mixed with a small amount of tempura batter and deep-fried until crispy. The kakiage tempura cake has a crispy texture and the sakura shrimp add a sweetness.

Sakura shrimp have been harvested in the Suruga Bay since the Meiji Period (1868-1912). Starting in the Showa Period (1926-1989) it was possible to preserve them. Until that point the sakura shrimp were air-dried under the sun before frying as tempura. In modern times, thanks to preservation techniques, the kakiage is made with fresh sakura shrimp year-round.。

The city of Yui on Suruga Bay has been proclaimed the number one city for sakura shrimp in Japan and many dishes are made in the area using the small red shrimp. The month of May is the popular Yui Sakura Shrimp Festival and the local offices help to promote sakura shrimp throughout the year.

Sakura shrimp contains the sweet amino acids alanine and proline which is supported by an abundant amount of umami-rich glutamates in the shrimp. The colorful light red tempura cake is a balance of sweetness, saltiness, and umami.