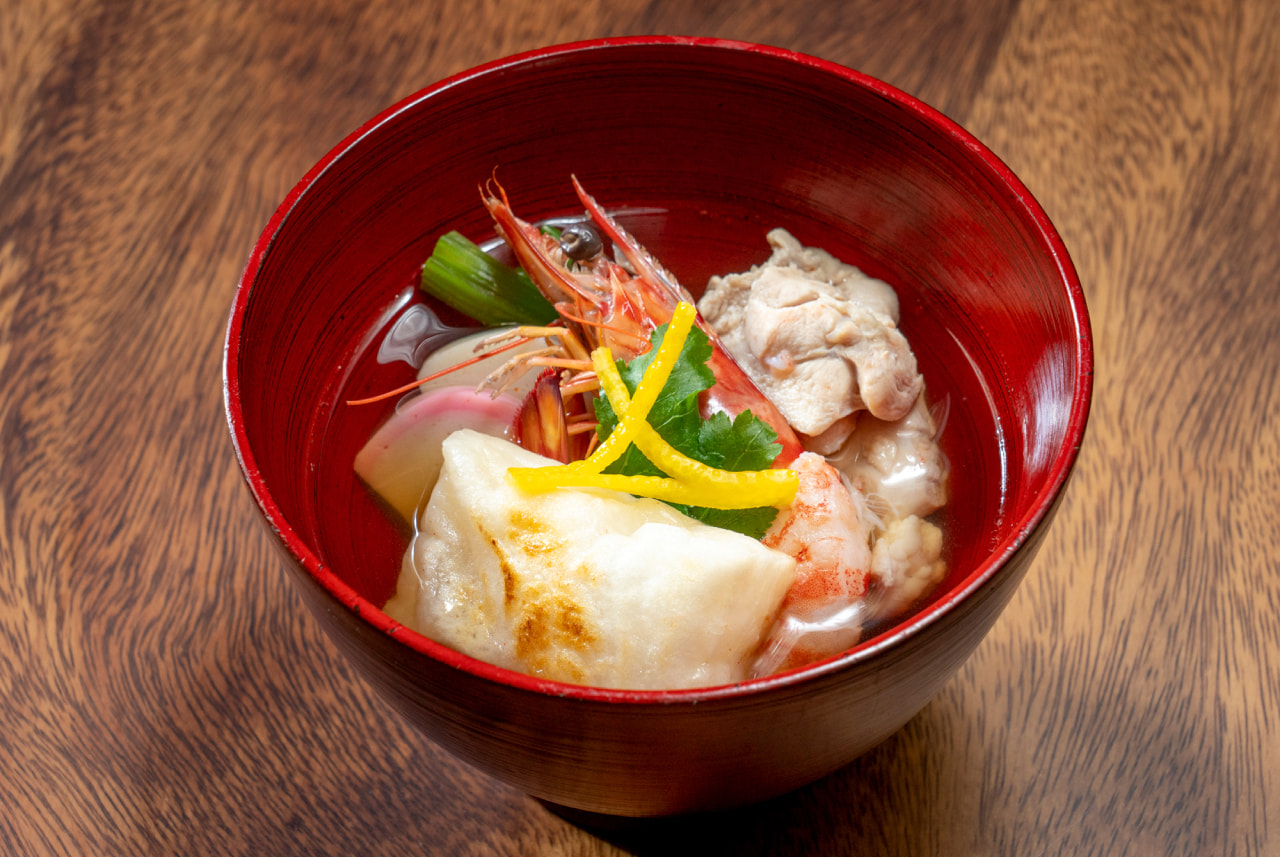 Edo zouni is a traditional soup with mochi that has been passed down in Tokyo since the Edo period (1603-1868). Edo is the old name for Tokyo. The rich history of zouni can be traced to the Muromachi period (1335-1573) when it was served in Kyoto and Osaka at events for shogun. It was also served at weddings and celebrations for the upper class.

It wasn’t until the Edo period (1603-1868) that zouni was associated with the New Year festivities and enjoyed by everyone, regardless of their status. At the time zouni was the main dish of the New Year’s Day meal. To welcome the god of the incoming year local ingredients and mochi were presented as offerings to the gods. The mochi and vegetables were prepared together with sacred water and fire. It was a very important ritual where people could dine with the gods.

Zouni is now eaten throughout Japan with a wide variety of regional differences. A clear soup base is popular but miso is used in Kansai and in parts of Shikoku. Shimane and Tottori are unique for using a sweet azuki bean soup.

Long ago the soy sauce used in Tokyo was usukuchi light-colored style from the Kyoto and Osaka area. Starting in the late 1600s soy sauce was being produced in the cities of Noda and Choshi in neighboring Chiba prefecture. The Kanto area koikuchi soy sauce was darker in color and lighter in salt and it became popular with the commoners enriching the overall quality of food for everyone.

The basic ingredients for Edo zouni include chicken, komatsuna greens, kamaboko — steamed fish cake, and rectangle-shaped mochi that is grilled before adding to the soup. The dashi is light and elegant. Shrimp could also be included because when it is cooked the shrimp bends symbolizing a long life as in the past elderly people were bent over.