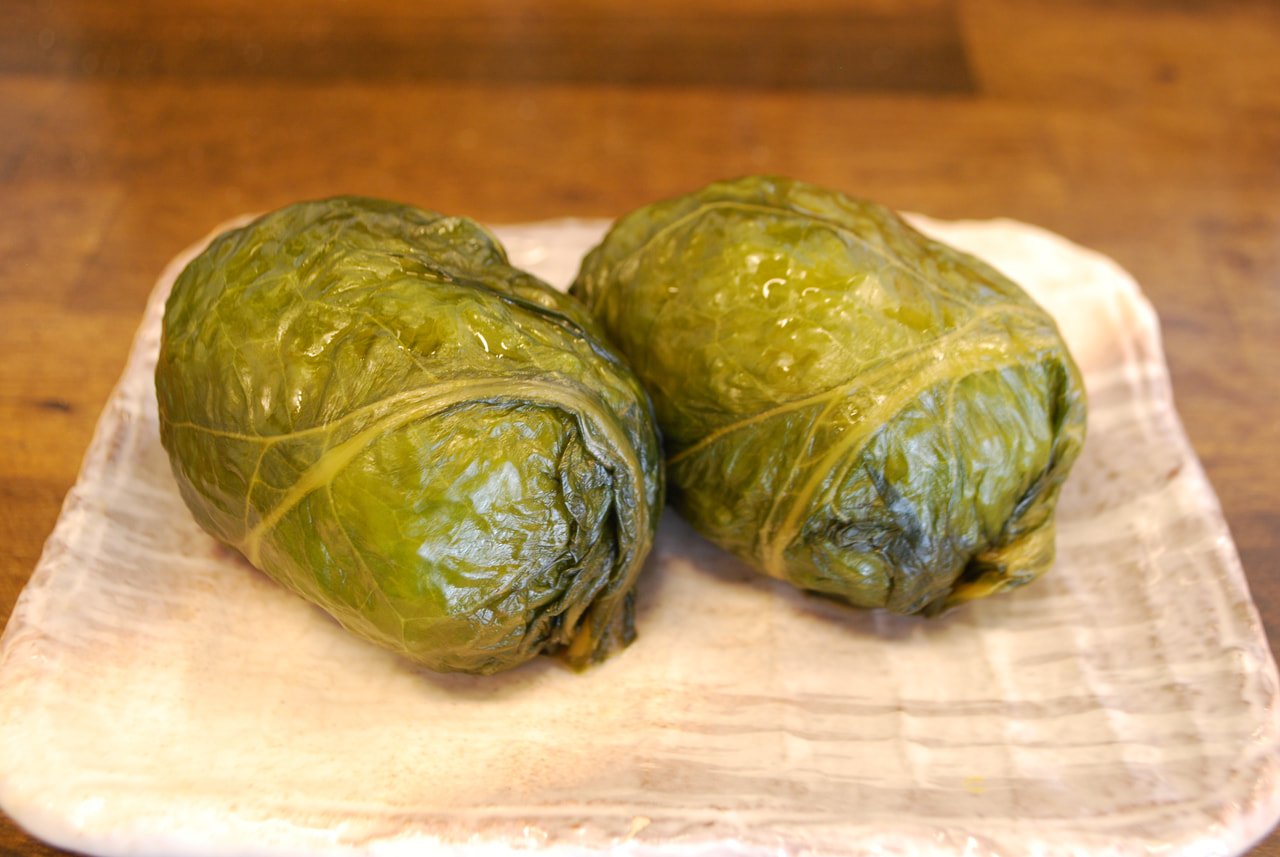 Meharizushi are onigiri rice balls wrapped with a large pickled takana mustard leaf that are very popular in the Kumano district of Wakayama. Takana (Brassica juncea) is a vegetable with large green leaves that are pickled with salt. The salted greens are then squeezed and marinated with mirin and soy sauce. The seasoned green leaf is used to wrap onigiri rice balls.

Meharizushi is also eaten in the mountain villages of neighboring Mie and Nara prefectures. In the old times rice was a source of nutrition. Meharizushi was an ingenious way to eat rice. Takana pickles have umami in the mirin and soy sauce. It’s a delicious onigiri.