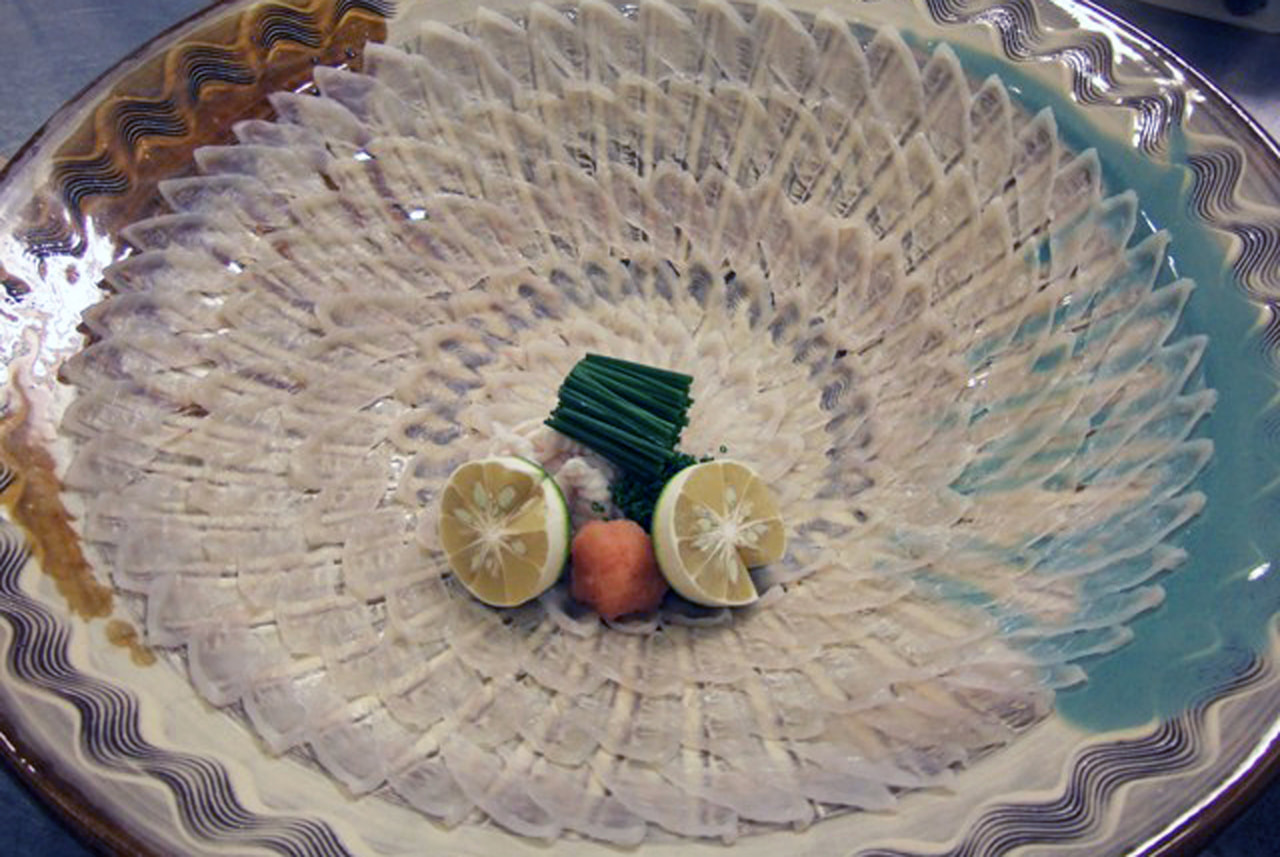 Yamaguchi is famous for its local fish fugu, blowfish or pufferfish. The name fugu sounds like fuku which means fortune and it’s said that eating fugu brings good luck. The history of eating fugu can be traced back 3,000 years as fugu bones were discovered in kaizuka mounds of shells that were garbage dumps in the past.

Fugu is famous for the poison in its ovaries and liver. During the time of the feudal lord Hideyoshi Toyotomi (1537-1598) a number of soldiers died from the poison and it was forbidden to eat fugu. In 1888 prime minister Hirofumi Ito changed the laws so that fugu could be consumed once more. Now it’s known throughout Japan.

Fugu cuisine includes many preparations including sashimi, chirinabe hot pot, and zousui porridge. The fugu flesh has a dense texture and is hard to chew if cut into thick slices. Fugu sashimi is cut super thin, almost transparent and splendidly presented on a plate to resemble a chrysanthemum flower. It is served with green onions, grated daikon with red chili, and a tart citrus daidai vinegar. Shirako milt is exceptional.

While fugu sashimi is light in flavor. The meal ends with an umami-rich dashi made from the bones of the fugu and vegetables for zousui porridge or chirinabe hot pot.